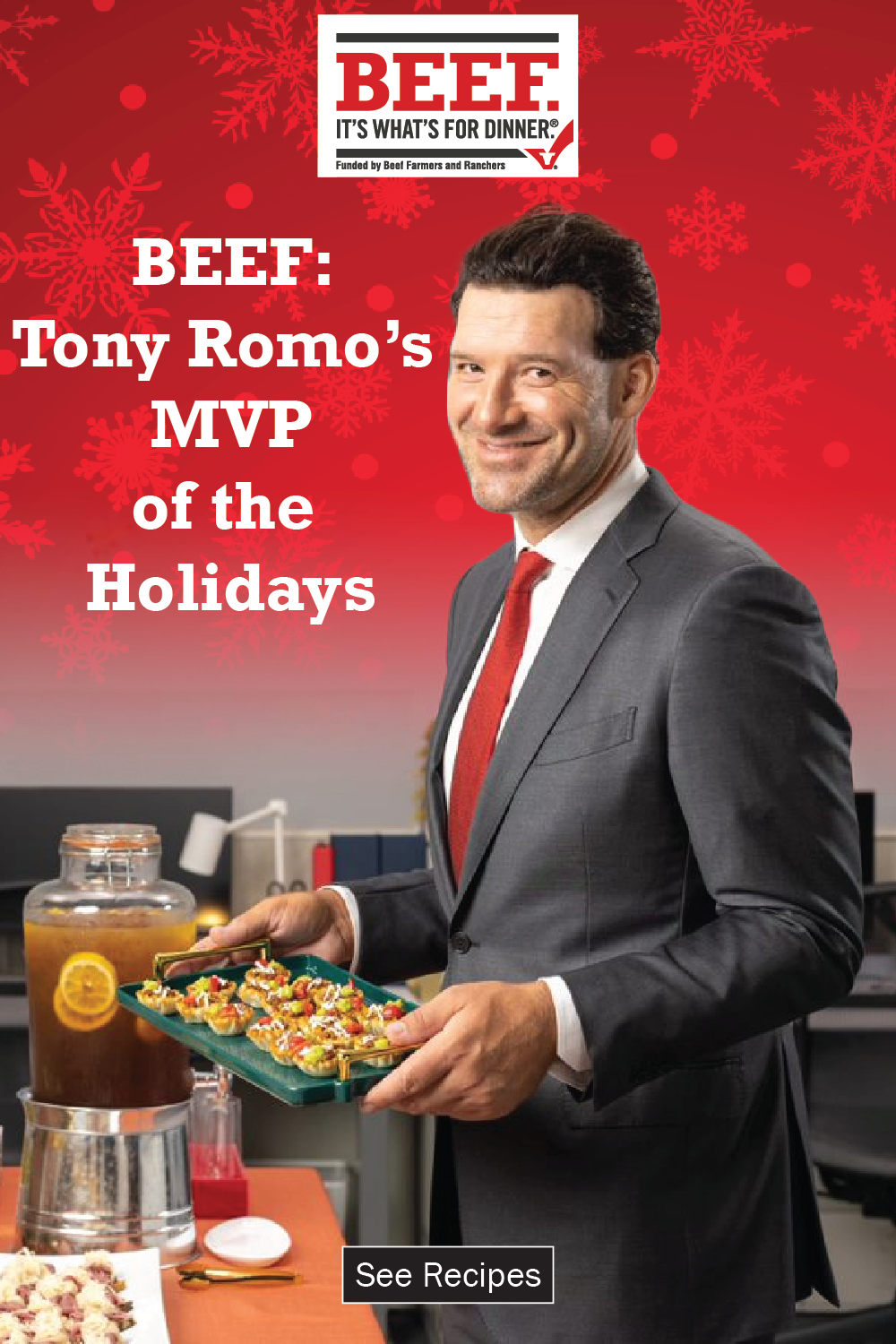 The Beef Checkoff has scheduled television advertising in December encouraging consumers to beef up their holiday gameplan with Tony Romo's Holiday Playbook. The ad campaign will feature broadcast announcer and former football star, Tony Romo as the commentator at a family holiday dinner giving the play-by play as the prime rib is being served. A second commercial features Tony as an unlikely guest at a festive holiday company party, reveling at the delicious beef appetizers.

On a national level, the new BIWFD Tony Romo Holiday videos will air on the Hallmark Channel the six weeks leading up to Christmas.  In addition to Hallmark, BIWFD Holiday ads will run across a variety of digital advertising platforms including YouTube, Google Search, SiriusXM Radio, Nativo Native Advertising, Facebook, Instagram and Pinterest. The holiday campaign videos will also be shown on popular Connected TV networks, such as CBS, Fox and AMC.  Consumers in Kansas City, San Francisco, Orlando and Minneapolis will also be delivered billboard advertising to compliment the television campaign.

In Nebraska, the holiday television ads can be seen on NTV, central Nebraska’s largest ABC affiliate station, and KOLN 10/11, the CBS affiliate station in Lincoln. Additionally, the video commercials will be delivered to Nebraskans who utilize digital streaming television services like Hulu and YouTube TV. The Nebraska Beef Council Facebook and Instagram platforms will also showcase beef holiday content through the remainder of the year.

Through this campaign, consumers will be encouraged to visit www.BeefItsWhatsForDinner.com where they can find delicious beef recipes for every occasion from quick-and-easy weeknight meals to tried-and-true classic holiday dinners. The website also provides tips and trick for preparing the perfect holiday roast as well as instructions for serving beef appetizers and utilizing beef leftovers.

The Nebraska Beef Council is a non-profit organization served by a nine-member board of directors. The volunteers oversee the beef checkoff in Nebraska and checkoff-funded programs. Programs for marketing and promotion are funded by the $1/head beef checkoff.