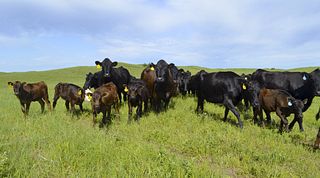 To become a qualified voter in the election, you must complete the pre-certification affidavit anytime between August 1 - October 1, 2022.  For your convenience we have two options for you to submit a pre-certification form:

A third-party contractor will verify all affidavits.  If it is determined that you are not eligible to vote, the contractor will contact you to obtain the information needed for you to become an eligible voter. Only qualified voters will be mailed a ballot on or before November 15, 2022. Completed ballots must be postmarked by November 30, 2022.

NOTE: a person shall NOT be considered a producer if (a) the person’s only share in the proceeds of a sale of cattle or beef is a sales commission, handling fee or other service fee, or (b) the person acquired ownership of cattle to facilitate the transfer of ownership of such cattle from the seller to a third party and resold such cattle no later than ten (10) days from the date on which the person acquired ownership.

For additional information about the election, contact the Nebraska Beef Council office at 1-800-421-5326